Engine Repair in Elgin: When Your Car Isn’t Missing But Your Engine Is

Has this happened to you? You’re heading to work, flip on the radio, and you expect to hear the news.

But what’s that sound? Sounds like a misfire. It’s not what you wanted to hear today. KS Auto Care in Elgin, here you come for Elgin engine repair.

Cars are easy until they’re not. The fact is, they can be pretty complicated.

Maybe you’re driving along and begin to accelerate up a hill. Suddenly your car’s engine stumbles, and you can’t go any faster. As you might expect, this is not a good thing if you’re merging onto a major highway or starting to pass someone on a two-lane road! It’s like you’re driving in glue.

And What Does It Mean When Your Car’s Engine is “Missing”? Do You Need Elgin Engine Repair?

When your engine is “missing,” you mean it’s “misfiring.” That means at least one of your engine’s cylinders is not producing power – thus not doing its job. What causes the cylinder to misfire? How would you know that it’s failing?

Then the sound of the engine changes, and you might hear clanking, sputtering, banging, chuffing, or shaking like a spinning washing machine. It’s the unmistakable sound of “the car’s about to croak.”

Look behind you – do you see black smoke? Did you hear a backfire? It sounds like someone’s shooting a gun!

Modern engines have built-in sensors that monitor your engine’s performance, and there’s a good chance you’re about to see the dreaded “Check Engine” light.

Why Do Misfires Happen?

Misfires are one of the biggest problems with automobile maintenance; because (1) they mean something is wrong, and (2) it’s hard to figure out what’s going on and why.

Misfires can come from one of several systems related to combustion components: your fuel system can cause misfires if your fuel filter or your fuel injectors are clogged or not working correctly. You can’t ignore them – or you shouldn’t – and you can’t easily understand the cause of the misfire. Unless you know the reason, you can’t fix the problem.

And then consider the rest of the engine’s parts and their effects on the pistons and combustion – start with things like valves and timing belts or chains.

Here’s what you don’t want:

Maybe you’re at a stoplight, and the engine seems to almost stall, then start again, and perhaps you can smell gas inside the car. The car is hiccupping, and you want to give it gas to keep it running. That’s another symptom of an engine misfire – your gas consumption is likely to increase as the combustion process works incorrectly.

Loss of power isn’t what you want to hear, but if the fuel pump quits, you won’t be able to restart your car. Your car is no different than any other machine. When it unintentionally slows down or stalls out, your car needs something. Every vehicle owner should listen to their car. If something sounds different or has no get-up-and-go, there’s probably something wrong.

Stalling isn’t the only cause of power steering loss; it can go out when there’s a faulty pump, which can also cause misfiring. It could have a damaged hose, which can cause fluid to leak. It’s important to replenish the fluid during regular maintenance to keep the hydraulic power steering system working correctly.

Your first reaction is probably disbelief, and when it happens, there’s not much you can do but try to get to the side of the road.

Misfiring can occur when engines idle clunky or rough. It may cause your car to start and stop abruptly if there is a misfire and a problem with the air-to-fuel mixture. There is a chance that this kind of misfire will cause bumpy driving, and there is also a possibility that the cabin will smell of fuel. 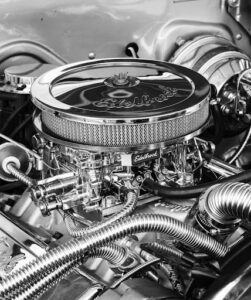 So What’s a Driver to Do? Seek Engine Repair in Elgin at KS Autocare

For most vehicles, you need to consider that misfires are complicated. They can result from many issues in several parts of the car’s engine. They are complex to diagnose because they can occur at different times (idling versus acceleration), sound different, and hide behind other problems.

Just think of that “Check Engine” light – how many different things can cause the light to turn on? Having the right equipment and experience is the only way to decipher the diagnostic codes behind that light.

When your engine misfires, how long can you drive? And what if you keep going? What could go wrong? Damage to your car’s systems starts with the excess heat caused by incorrect combustion.

Ignoring the symptoms of a severe problem is never a good idea. If any of these parts are not working correctly and causing your misfires, a qualified technician can diagnose and correct your problems.

How can you find and fix them? We know that you can destroy your engine by neglecting misfires, and now that we know there’s no way to diagnose the cause without the right equipment and training, we know that the smart move is to find a trustworthy auto repair company to help you.

Give KS Auto Care a call today for engine repair in Elgin.